A dome is an architectural element similar to the hollow upper half of a sphere; there is significant overlap with the term cupola, which may also refer to a dome or a structure on top of a dome. Domes can be supported by an elliptical or circular wall called a drum, if this structure extends to ground level, the round building may be called a rotunda. Cupola is another word for “dome”, and is usually used for a small dome upon a roof or turret and can also be used to describe the inner side of a dome.

The precise definition of a dome has been a matter of controversy and there are a wide variety of forms and specialised terms to describe them. It is considered to be an architectural feature of a Baroque style which was revived in the Edwardian era, see above.

Hayles and Howe have worked on a number of projects involving domes over the years including the magnificent Tusmore House. Our team of specialists have also assisted with conservation projects which involve domes including a wide variety of theatres across the UK.

Below you can find a range of domes that we have available to purchase. All of our domes can be customised to your specific requirements or you can commission us to create a bespoke dome design. Get in touch to discuss any of your custom requests. 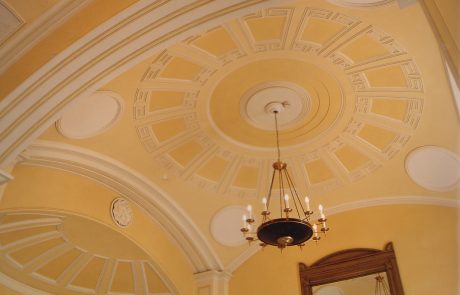 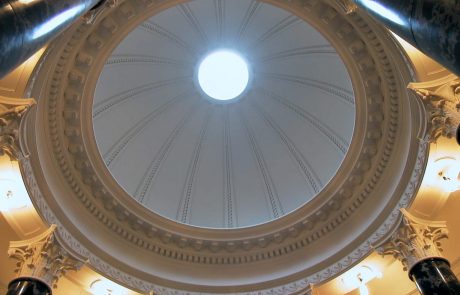 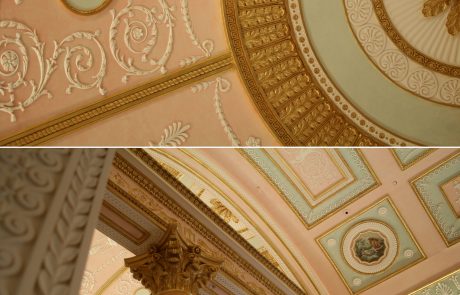 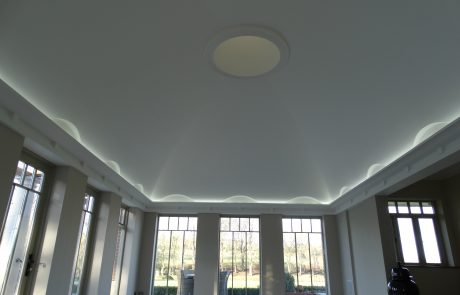 Are you a designer or contractor?

Download our latest catalogues by following the link. All products have up to date data sheet. Contact us if you require any specific information about any of our products.

More About Hayles and Howe

Since our formation in 1978, our team has grown both in the UK and USA to a team of over 40 skilled workers. We have a talented team of designers and modellers with more than thirty years of experience. The team are truly dedicated to fulfilling any design brief we receive.

Resources For Our Customers

Our resources section is where you’ll find our extensive catalogue, but can also read our latest news and interesting case studies and projects where we share our expertise and want to inspire you with different design ideas

Who We Work With

We can provide advice and personal service for any sized residential or commercial projects across the UK and abroad. Our team have a broad range of experience in the inspection, conservation and restoration of theatres and public buildings.

Enquire about our products

Discuss our product range with our team to find the perfect fit for you.

Page load link
We use cookies on our website to give you the most relevant experience by remembering your preferences and repeat visits. By clicking “Accept”, you consent to the use of ALL the cookies.
Cookie settingsACCEPT REJECT
Manage consent

This website uses cookies to improve your experience while you navigate through the website. Out of these, the cookies that are categorized as necessary are stored on your browser as they are essential for the working of basic functionalities of the website. We also use third-party cookies that help us analyze and understand how you use this website. These cookies will be stored in your browser only with your consent. You also have the option to opt-out of these cookies. But opting out of some of these cookies may affect your browsing experience.
Necessary Always Enabled
Necessary cookies are absolutely essential for the website to function properly. These cookies ensure basic functionalities and security features of the website, anonymously.
Functional
Functional cookies help to perform certain functionalities like sharing the content of the website on social media platforms, collect feedbacks, and other third-party features.
Performance
Performance cookies are used to understand and analyze the key performance indexes of the website which helps in delivering a better user experience for the visitors.
Analytics
Analytical cookies are used to understand how visitors interact with the website. These cookies help provide information on metrics the number of visitors, bounce rate, traffic source, etc.
Advertisement
Advertisement cookies are used to provide visitors with relevant ads and marketing campaigns. These cookies track visitors across websites and collect information to provide customized ads.
Others
Other uncategorized cookies are those that are being analyzed and have not been classified into a category as yet.
SAVE & ACCEPT
Go to Top